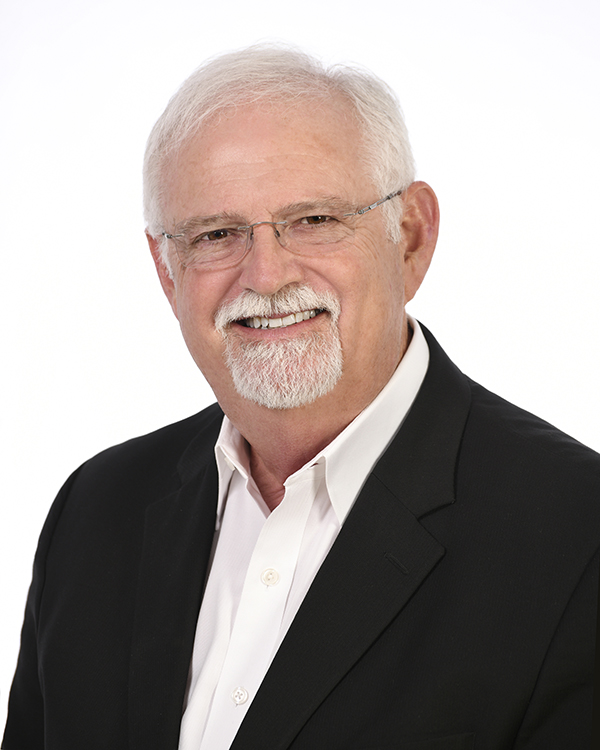 Terry is the founder and CEO (retired) of ProAct Safety®, an international safety and performance excellence firm. He is known for his dynamic presentations and writing in the fields of behavioral and cultural safety, leadership, and operational performance, and is a regular speaker at ASSE, NSC, and numerous company and industry conferences. He has been a frequent contributor to industry magazines for over 15 years and is the coauthor of STEPS to Safety Culture Excellence (WILEY, 2013).

“ I have heard a lot of speakers in my time but Mr. Terry has been one of the best ”

Terry is a veteran of over 1600 safety, culture and performance improvement projects in 39 countries and 21 languages, and has personally assisted organizations such as Georgia-Pacific, Herman Miller, AstraZeneca, Wrigley, ALCOA, Merck, Rockwell Automation, AMCOL International, Ingersoll-Rand and many others to achieve excellence.

EHS Today has listed Terry three consecutive times as one of 'The 50 People Who Most Influenced EHS' from 2010 to 2013. SlipNOT's safety blog claims he "sets a new standard for safety success in the corporate world." Attendees at public safety conferences say he is "one of the best presenters in [the] past 3 years" and had "one of the best practical, grounded safety culture presentations. . . ever seen." Terry has presented over 40 webinars and podcasts, co-authored two books, published more than 45 articles, and spoken at hundreds of private and public events.

Want Terry to Speak at Your Next Event?

Contact us for Terry's available dates, customized topics, speaker fees or help with planning your event. You may also visit Terry's author profile on Amazon for more information or to pre-purchase his new book, STEPS to Safety Culture Excellence

"We have been fortunate to have both Terry and Shawn from ProAct Safety present at our annual Safety & Quality Summit as keynote speakers and also to lead senior leadership workshops. Both times ProAct Safety supported our event, the feedback was extremely positive from all of our participants. Presentations were delivered in a dynamic manner and at a level that led to genuine engagement with the audience. It was clear that the material used and experiences relayed were based on many years of practical/real-world experience as opposed to academic theory — as a result, there was a very high level of credibility. Having been involved in a broad range of industries, both Terry and Shawn were also able to share different ideas and provoke thoughts and discussion on best practice across the safety spectrum."

"It was an absolutely great experience taking Chuck and Terry's workshop in Houston, September 18-20. The broad and combined years of experience in the EHS world puts the Proact team on a higher plane than most. Insights into proactive measures for our EHS management systems, learned in the course, are already being applied at our company with real success. The workshop truly assisted my team in putting structure/framework around our BBS program, and it's already producing great results for Halyard."

"The conference went really well and Terry, as expected, was a superstar! I heard so much great feedback about his keynote and not only that, many speakers throughout the conference referenced what he said in their own presentations, which tells me that he captured their attention and engaged them."

"'Terry Mathis is a bastion of information and wisdom for safety professionals.' 'This was the most useful and practical class that I've attended in at least 10 years. I took so many notes I used up my pen. I can't say enough good stuff. Excellent in every way.'"

"'Best presenter I've had.' 'Excellent seminar. Time well spent.' 'Excellent session. This seminar advanced my knowledge by a factor of at least 10.' 'Mr. Mathis was a great speaker, and took the temperature of the room very well. He was sensitive to the group, and gave great pointers for improving not only BBS, but also communication in general.' 'Lots of good ideas for new or old behavior based programs. I like it because it covered all behavior based programs. Really worthwhile.'"

"I just wanted to send along this note to say thank you for such a fantastic kick off to our virtual symposium on metrics! I though it covered a lot of great content, brought up some new ideas and sparked some excellent questions at the end!"

"It was a most stimulating workshop, well paced and required a lot of participation of the attendees in small groups. Very effect. Highly recommend this workshop. Too bad it was only one day."

"Terry is an outstanding instructor. I thoroughly enjoyed his class and plan to put principles learned into practice immediately."

"I have heard a lot of speakers in my time but Mr. Terry has been one of the best. I was very impressed! I feel like Mr. Terry has given us a game plan or strategies to make us all better on coaching our guys to want to work safely."

"I have heard a lot of speakers in my time but Mr. Terry has been one of the best. I was very impressed! I feel like Mr. Terry has given us a game plan or strategies to make us all better on coaching our guys to want to work safely."

"Terry Mathis was helpful. This is a good value for ASSE members. I would recommend this course as it has some pro-active, leading indicator ideas which are sorely needed."

"One of the best speakers I've ever heard. Great job!"

"One of the best speakers I've ever heard. Great job!"

"Terry Mathis excels when it comes to teaching a practical, commonsense approach to Behavior-Based Safety. He relates well to everyone, from people on the floor to those in the highest levels of the company. His extensive experience "in the trenches" means you get level-headed, hard-hitting advice on everything from calculating the true costs of Behavior-Based Safety to handling various implementation and improvement challenges. If you're thinking about attending this seminar, I have two words for you: Do it."

"With Terry Mathis's approach to Behavior-Based Safety, the employees develop the process for their facility. Because of this, there is a great sense of ownership that drives the employees to make the process successful. I especially like how we've been able to customize the process to meet the needs and preferences of each of our plants - it's much easier than changing the way you work to accommodate a 'one-size-fits-all' approach."

"If you want to be proactive, not reactive, about safety, you need Behavior-Based Safety. It's as important to proactive safety as Six Sigma, Deming and other initiatives are to proactive quality. I'm sold on the process because it works. We've gone over six years without a lost-time accident - we're really preventing employees from getting hurt.

For a 'street smart,' hard-hitting look at what Behavior-Based Safety really involves and how to make your process a success, you need Terry Mathis and [ProAct Safety]. You'll get practical explanations and real-life examples from someone who has walked in your shoes, not theory and book-smart advice from someone living in an ivory tower.

If you're going to implement Behavior-Based Safety on your own or are considering the possibility, I've found no one better than [ProAct Safety] to teach you what to do. They give you everything you need to be successful."