The ASSP (Association of Safety Professionals) had a practice of giving gifts to the presenters at their conference as a thank you for speaking. One year, the conference was in Seattle and the gift was a glass something with a salmon painted on it by natives of the nearby islands. It is still on my desk. It was a reward for doing something worthwhile and it enforced my motivation to do worthwhile things.

Had this plate been used as an incentive, it would have not only failed but would have been a demotivator. Even suggesting that I would write an inspirational and informative talk, fly at my own expense and deliver it all in exchange for a worthless trinket would be laughable. I would have felt like I sold my efforts for an embarrassingly low price. 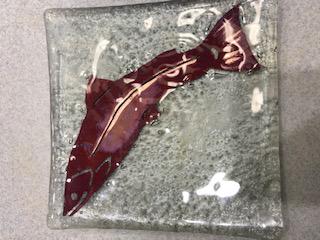 I would likely have told them where to put the salmon plate.