Discussions, after completion of the work, are gifts. They provide opportunities to identify weak signals in the organization and intervention opportunities. Unfortunately, they often do not happen, and when they do, they occasionally miss essential details.

Leaving for the day's meeting, I called housekeeping and maintenance to notify them that my shower had a leak, and as a result, I needed some additional towels. Coming out of the pandemic, even in one of the most excellent hotels in Atlanta, housekeeping only enters your room if asked during your multi-day stay. 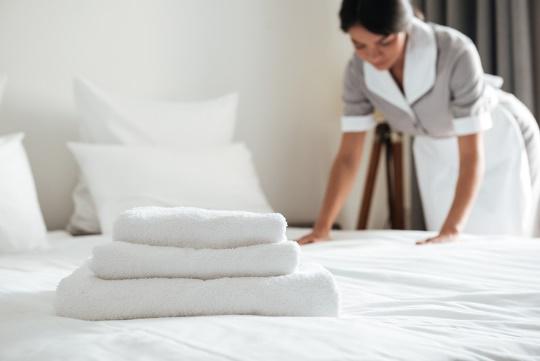 Entering my room at the end of the day, I immediately noticed the room was clean. I checked the towel situation, yes! New towels. The hotel staff had completed the requested task and went above and beyond. The following morning, as I turned on the shower faucet and attempted to close the shower curtain, only then did I realize they had taken and not replaced the shower curtain.

The common purpose of a post-job review is to discuss and collect a meaningful balance of feedback and lessons learned for further improvements. It is also to see if anything didn't go to plan, was surprising, created any unintentional changes, or introduced any new risks. I missed the latter part. I called down and asked them to quickly bring me a curtain. Running out of time, I had to call again later and ask for more towels and, again, ask for a shower curtain. What triggers a post-job discussion in your company, and are they asking the right questions?

"No other single skill is more important than the ability to discover how to improve. No other tool develops this skill more effectively than asking the right questions." — Terry L. Mathis