In Northern Italy, on a dark evening on a loud industrial complex, a man lost his life.

The traffic pattern had recently changed. The large transport trucks previously moved from left to right, now reversing from right to left. That evening a maintenance technician with over twenty years at the location, wearing dark clothing, exiting between two buildings, carrying tools in both hands, entered the path of vehicle movement. We believe he habitually looked left, as this is where the traffic came throughout his entire career. The reversing truck, with an audible indicator, regretfully and fatally struck him.

The corporate investigation team of this European company found that while it was certainly not the root cause, they believed that had the technician been wearing a reflective vest, perhaps the driver would have seen him in this dark area that also needed to be better lit. As a result, with good intent, a corporate gate-to-gate policy rolled out that all employees are required to wear a reflective vest when outdoors.

The CEO hired me to assess the culture across the thirteen European facilities. Before any industrial environment visit, I always inquire about the requirements so I can comply. I found that at every location I visited outside of the Italian site, no one was wearing this required PPE until I arrived in Dublin, Ireland. Everyone was.

I was intrigued. Was it the Irish culture? I quickly found the office of the Vice President of Engineering was in Dublin. He piloted his new engineering projects at the Italian plant. 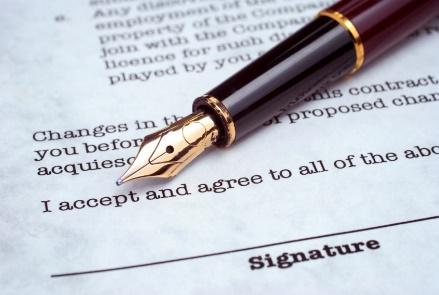 He was one of the best technicians at the site and was always involved in the pilots. He was a friend of the VP. Rather than the local head of safety rolling out this new policy, the VP of Engineering met with small groups of employees of this 400+ location to explain this policy. He showed pictures, not of the fatality, but of the man's family. He spoke of the impact of the death on the family. He spoke of how it has affected them.

At the other locations, I found that the head of safety or human resources rolled out the new polity and asked employees to sign that they read and understood the policy. I call this receipt of the communication. They also explained how this policy also falls into a disciplinary category. So, also, the stick then follows.

The VP of Engineering communicated the new policy in a personal way. The other eleven locations expressed the new policy with threats. If you want to change, people must understand the why for the change, see how it benefits them and contributes to the benefit of others. Otherwise you lead with threats, which never results in sustainable change, especially with behavior evolution when the boss isn't looking. Plus, what kind of culture does this create? Not one I'd want those I care about working within.

"If you can talk about it, why paint it?" - Francis Bacon

Shawn M. Galloway is CEO of the global consultancy ProAct Safety. He is a trusted advisor, professional keynote speaker and author of several bestselling books on safety strategy, culture, leadership and behavior-based safety. He is a monthly columnist for several magazines and one of the most prolific contributors in the industry, having also authored over 650 podcasts, 200 articles and 100 videos. Shawn has received awards and recognition for his significant contributions from the American Society of Safety Professionals, National Safety Council's Top 40 Rising Stars and Top Ten Speakers, EHS Today Magazine's 50 People Who Most Influenced EHS, ISHN Magazine's POWER 101 - Leaders of the EHS World and their newest list: 50 Leaders for Today and Tomorrow and Pro-Sapien's list of The Top 11 Health and Safety Influencers.