A lumberjack walked through the camp each day pulling his logging chain. Someone asked him why he was always pulling his chain and he responded, "Did you ever try to push one of these?" Cultures are like that chain. The individuals in a culture are linked together and a little pull can move the whole culture to another place. But when you try to push it doesn't work. 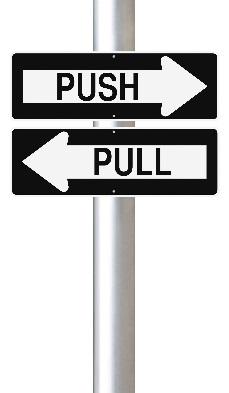 When you try to change a culture through force you will get a reaction but seldom the one you desire. Cultures are formed through a variety of influences and simply changing one of them or adding a new one will not produce directed, speedy or lasting change. Changing a culture requires a knowledge of the factors that formed the culture in the first place and systematically reshaping the correct ones to impact the desired change. If there is a shortcut, no one has found it yet.