Several writers and speakers have labeled those huge issues no one is willing to mention or discuss as 'the elephant in the room.' Like an elephant, these issues are impossible to miss but awkward to address. Often the elephant is the boss who wants input on how to solve problems but can't admit that he or she IS the problem. This phenomenon is especially true with leaders who don't really understand or value safety. They might effectively lead other priorities but stifle safety efforts, sometimes unknowingly or unintentionally.

Such elephant leadership in safety can completely silence those who know better from proposing solutions or suggesting alternatives. This can create a conspiracy of silence that not only shuts down creativity but fosters contempt for even trying to improve. 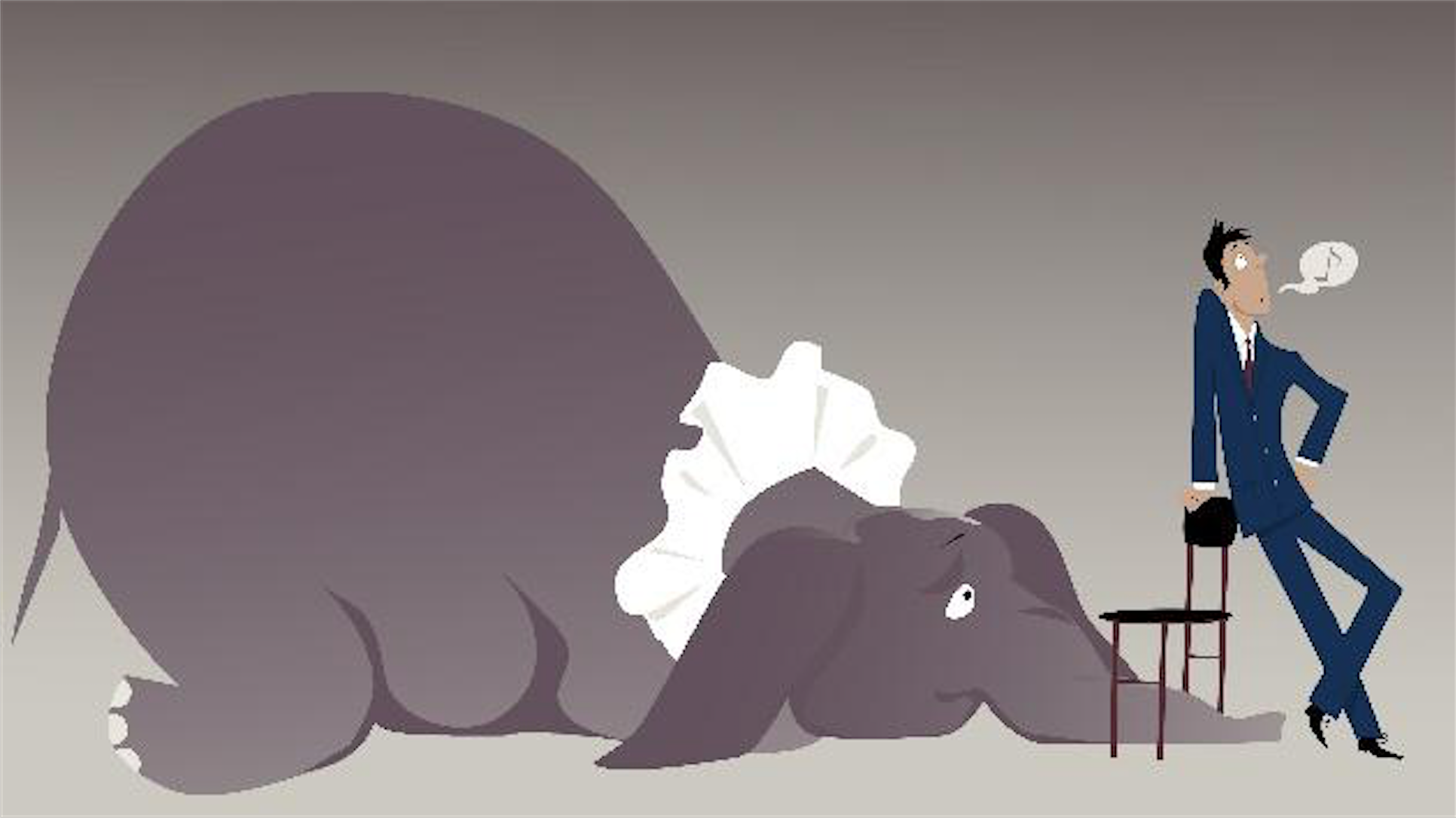 If the elephant allows, everyone else will excuse themselves for trying to improve and, if the leader insists on input, they will choose the safe suggestion over the effective one and the real problem will never be addressed. Based on past experience, nothing really makes a difference and sometimes being the one who suggested the failed strategy to improve can be personally detrimental.

In addition to stifling input, elephant leaders often blindly allow and reinforce unsafe organizational behavior as long as production quotas are met. They promote good producers despite poor safety performance and punish or demote less productive people even if they excel at safety. The unspoken message is that production is king and safety is a nuisance that must be given lip service but will not impact your career. When the elephant's direct reports get this message, they tend to pass it along to the troops. Workers learn to speak well of safety but never to put it above production. This can lead to the dichotomous thinking that safety and productivity are mutually exclusive, and one must choose which to give priority.

Elephant leaders also tend to unintentionally discourage good safety performance. Even things elephants think will encourage safety can do just the opposite. Safety incentives that are not carefully crafted can actually demotivate workers. Incentives and rewards that are given to some but not to others, even when there are legitimate reasons for it, can create winners and losers rather than a uniformly motivated workforce. Workers who regularly lose bonuses or rewards often put in only minimal efforts toward safety and resent those who are repeatedly rewarded. This damages relationships and safety culture all while being done in the name of safety improvement. The elephant leader sits and watches with approval.

Accountability is another priority that elephant leaders can mess up. Since they cannot see their own involvement in safety performance problems, they assume everything that goes wrong is someone else's fault. If others are to blame, they must be dealt with. So elephants try to diagnose the problem at the surface level, ignoring their own deeper involvement. They follow popular topics of management books and consultants, hoping to solve the problem.

Skills — Safety can benefit from improving both job-related skills and safety-related skills. If the real problem is one of insufficient skill levels, this kind of intervention can make a difference; it has the potential to get the organizational safety performance from bad to good. It takes more than skill to get from good to great, which requires leadership and strategy that elephants are incapable of providing. So, often training programs are initiated and praised when performance improves, then scrapped when performance improvement stalls.

Attitudes — There are few aspects of dealing with human beings more misunderstood than attitudes. Elephants tend to think poor performance is the necessary outcome of poor attitudes and will often try to change attitudes with a bold frontal assault. Attitudes are not difficult to change; they are just difficult to improve. The underlying problem is that attitudes are byproducts of other organizational influences, and underlying all those influences is an elephant who is clueless about how to make attitudinal changes happen. No amount of bad leadership produces consistently good attitudes among a workforce.

Engagement — Engagement is a difficult concept for even savvy leaders. For elephant leaders, engagement is simple. You just have to get people in the same mindset about safety so they work together and observe all the safety platitudes: think before you act, be aware of your surroundings, pay attention, be careful. Even if the efforts get people more engaged, being engaged in ineffective activities does not produce improved results. Redoubling your efforts will not substitute for losing your direction. Poorly led safety efforts are like poorly led military efforts; they are doomed to failure regardless of the quality of the efforts.

Bonuses — When other incentives and rewards fail, elephant leaders try to bribe workers to do what their leadership could not direct or inspire them to. Even then, bonuses are often tied to the wrong outcomes or designed to encourage cheating the system. Many organizations that paid workers for not having an accident discovered that their bonus actually drove reporting of accidents underground. Elephant leaders assumed more money would get workers to drive improvement. Research has shown it does not. Once workers make enough to take their minds off survival issues, more money is a poor motivator to do more, and can actually be a demotivator for any creative problem solving.

Elephant leaders often tell their people to speak their minds. What their people hear is, "I want you to speak your mind, even if it costs you your job."" A recent survey shows leaders think people quit their jobs mainly for better pay. Workers report the main reason for leaving a job is the boss. Sometimes exiting workers are more willing to voice why they are leaving. Bosses can almost always benefit from exit interviews with formerly good performing employees who might just be able to point out the elephant in the room.